Encryptionfunctions of the BASIC CARDS 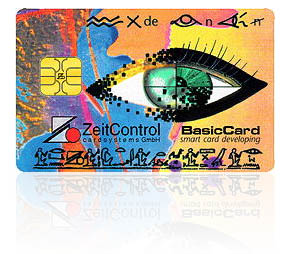 Security is the main concern for smartcards

As you can see from the dates of the ANSI documents, the DES algorithm is no longer young. In fact, the original DES algorithm is usually referred to as Single DES, and must now be regarded as less than completely secure. Special-purpose hardware can be constructed for several tens of thousands of dollars, that can break Single DES encryption in less than a day. For this reason, a stronger version, Triple DES, has become a de facto standard in the banking world. This algorithm is generally believed to be safe against all currently feasible attacks.

The library EC–161 uses points with 161-bit prime order; this is currently considered equivalent in security to 1024-bit RSA.

RSA is the established standard for public key encryption

The name RSA is derived from the names of the inventors of this algorithm, which are: Ron Rivest, Adi Shamir and Leonard Adleman. RSA is known since 1978 [1,2]. In the long time since invention of RSA the principle of RSA was not broken. However RSA encryption with key length up to 512 bits was broken some time ago. RSA encryption with key length of 1024 bits is not broken and because of that recommended to be used today. The principle and security of RSA is based on the fact that with today's knowledge it is not possible to find the prime factors of a big number (n=pq, where p and q are prime numbers) in suitable time.
Short details:
Public Key: n=pq (p and q are big prime numbers)
e relative prime to (p-1)(q-1)
Private Key: d e-1 mod ((p-1)(q-1))
Encryption: c = me mod n
Decryption: m = cd mod n

FIPS 180-1 is available on the Internet.
The SHA–1 library was implemented as an adjunct to the EC–161 Elliptic Curve library. In the first place, it is specified in the proposed IEEE standard P1363 as one of the approved hashing algorithms for use in Elliptic Curve digital signature generation; and in the second place, it provides a source of cryptographically strong pseudo-random numbers, for the generation of keys and signatures.

The IDEA library implements the International Data Encryption Algorithm, a block cipher with a 128-bit key size. This algorithm is cryptographically as strong as Triple DES, but is faster than Single DES.
Note: The International Data Encryption Algorithm may be used free of charge for non-commercial purposes. For commercial use, permission must be obtained from the patent holders:
Ascom Systec Ltd.
Gewerbepark
CH-5506 Maegenwil
Switzerland
Internet: http://www.ascom.com

(only supported in the Compact BasicCard) This algorithm was designed by D. Coppersmith, H. Krawczyk, and Y. Mansour ("The Shrinking Generator", Advances in Cryptology – CRYPTO '93 Proceedings, Springer-Verlag, 1994). It uses two Linear Feedback Shift Registers, A and S, to generate a stream of bits: the registers are run in parallel until register S generates a 1 bit, at which point the bit generated simultaneously by register A is used as the next bit in the stream.The Compact BasicCard implements this algorithm with Linear Feedback Shift Registers A and S of length 31 and 32 respectively. In order for the system to be secure against attack with registers of this size, it is necessary to use generating polynomials PolyA and PolyS that are unknown to the attacker. To this end, we supply a program for the generation of random cryptographic keys and primitive polynomials. C++ source code for theSG-LFSR algorithm is provided in the BasicCard development kit.